The Helsinki Cup management team decided to develop their digital capabilities and create a state-of-the-art application powered by Choicely to open a direct and effective channel with the Helsinki Cup community. The app also includes advanced third party integrations to manage the core tournament statistics. Choicely provides the perfect framework and most of the features required for engaging the fans and publishing information in real time for the young audience.
Kirsi Kavanne, Helsinki Cup CEO says:
"We at Helsinki Cup have been extremely satisfied with the mobile application. In my opinion it is straightforward, customer-friendly, easy to use and convenient to update. Parents of children participating in Helsinki Cup also agree, according to the feedback we’ve received. Our annual visitor survey indicates that the Helsinki Cup mobile application has very quickly become the most important channel for following the tournament and getting news updates related to it.
The 2021 post-tournament visitor survey was answered by 835 adults, 90% of whom were parents of children participating in the tournament. Of all respondents, as many as 97% had used the mobile application and 73% considered it to be one of the most important information channels for the tournament. To put that into context, after the 2019 tournament, 40% regarded the mobile app as one of the most important info channels.
Of last year’s respondents one fifth rated the mobile app as excellent and four out of ten reviewed it as very good, while 36% thought it was fairly good", says Kirsi Kavanne, CEO of Helsinki Cup." 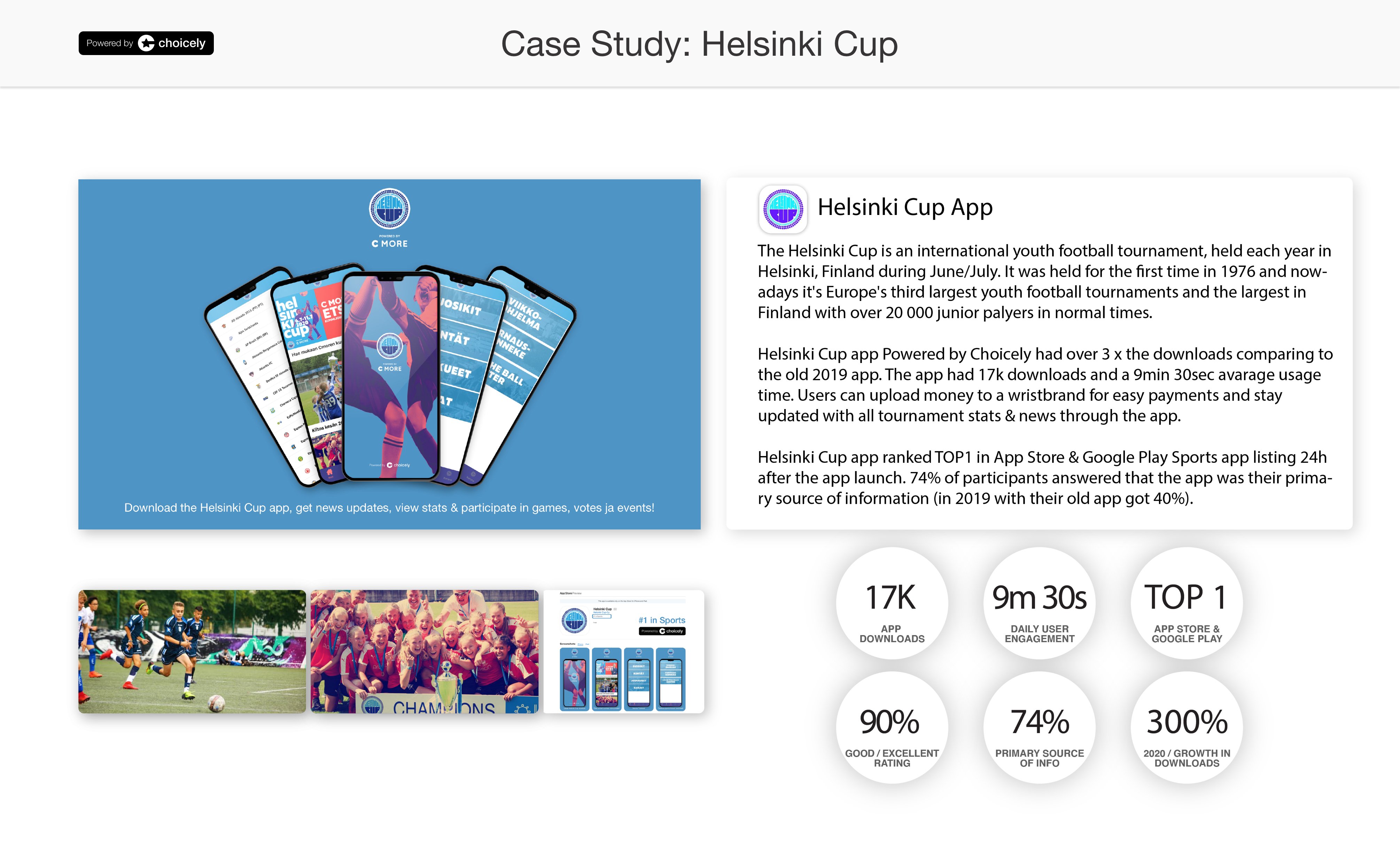 This 2020 case study was measured during the pandemic, when Helsinki Cup had 16,000 junior players. The results were successful and the 2021 results were even higher.

Finnish Sports Gala organizes a yearly event in January in Helsinki, where top Finnish athletes are rewarded for their success in global sports...